A divided Escondido City Council has approved the 510-unit Palomar Heights project, a development that will replace the former Palomar Hospital campus with a mix of housing types and commercial uses advocates say will spur revitalization of the city’s downtown corridor.

The project was approved last week on a 3-2 vote, with council members Mike Morasco, Tina Inscoe and Joe Garcia in favor, and Mayor Paul McNamara and Councilwoman Consuelo Martinez voting no.

By the same margin, the council voted to exempt the project from a requirement to join the city’s Community Facilities District, a mechanism established by the council last year to recover the costs of providing city services to new developments.

The 13.8-acre project site is perched on a hill at the east end of the downtown area, bounded by E. Valley Parkway to the north, E. Grand Avenue to the south, and N. Fig Street to the east. The hospital campus has stood on the site since 1953, and most hospital operations were transferred to a new hospital building on Citracado Parkway in 2012. All the hospital and related medical office buildings will be demolished to make way for the project.

The project proved controversial, with opposition from groups such as the Sierra Club and some residents, who said the development should include more housing units to take advantage of nearby transit links and pedestrian-friendly areas of downtown. Opponents also questioned why housing for low-income residents was not included.

But supporters, including many in the local business community, applauded the project and contended that it will enliven the downtown corridor, and the project’s new residents will support downtown businesses, including restaurants and retail shops.

Palomar Heights will include 258 for-rent apartments, 90 senior apartments earmarked for residents 55 and up, as well as 162 for-sale row homes and villas. The project also will include 10,000 square feet of commercial space, including a breakfast café, a bodega-style market, collaborative workspace, a restaurant and “skybar” lounge, said Ninia Hammond, project manager with Integral Communities, the project developer.

Gil Miltenberger, vice president of acquisitions with Integral Communities, said the developer listened to city staff, commercial brokers, merchants and economic development professionals, who said, “Palomar Heights should limit the amount of retail commercial space and we should focus on providing a wide variety of housing for future residents who would activate the downtown and fill the streets and spend their money. And we agreed.” 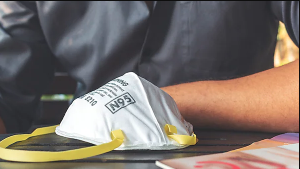 As the coronavirus and its new strains from the UK and South Africa ravage our nation, bad news seems to arrive every day. The coronavirus has challenged our San Diego community in particular. ICU beds in Southern California have dwindled to zero…

Miltenberger also urged the council not to require participation in the Community Facilities District, or CFD.

“Things like fee increases and service CFDs are regressive and discourage development,” he said. “Simply put, development will go other places if there are more barriers put up.”

Miltenberger said two studies commissioned by his company found Palomar Heights will generate annual surpluses in revenue that will more than cover the cost of city services such as police and fire. However, a study commissioned by the city found the project would cost Escondido $204,000 each year to provide necessary services.

“Generally, the consultants hired by the applicant appear to have underestimated costs of service and overestimated property values and the revenues generated therefrom,” said a city staff report on the project.

However, Councilman Garcia said the developer should not have to pay the CFD fees because the project was already under consideration by the city when the CFD mechanism was established.

“To change the rules in the middle of the game is unfair,” Garcia said.

Garcia said he has watched the Palomar Heights project evolve for the better over the past several years, since it first came before the Escondido Planning Commission when he was a member of that panel.

“I do believe this project will help revitalize downtown,” he said.

Morasco said the project can be considered “smart growth” as it will be built in the center of town where businesses, transit and other facilities are located. It also provides reasonably priced accommodation for seniors and workforce housing for nurses, teachers, police or firefighters and their families.

“I think at this time it is what we need in the city of Escondido, as far as bringing families to downtown Escondido,” Morasco said.

Delaying the project, said Councilwoman Tina Inscoe, could be harmful to downtown merchants. “I just worry about their ability to hang on,” she said.

Martinez also said it was “unacceptable” that the project doesn’t include affordable housing for low-income residents.

Regarding the density issue, Miltenberger said his company sought to maximize the number of units but faced constraints such as the irregular shape of the parcel, as well as variations in elevation across the site.

McNamara said the project’s significance makes it a “generational build,” that would help define the city going forward.

He also said he was concerned that the project lacks affordable housing, and is far short of the density that could be built.

“I struggle to see that this is that iconic building that we would all be proud of,” he said. “This is not as good as it could be, it needs to be better. I don’t want my name associated with this.”

He also said the council needs to collect enough revenue from developers to pay for city services. A recent fiscal analysis showed the city must grapple with a projected budget shortfall of $176 million over 18 years, including a projected deficit of $8 million for the fiscal year that begins July 1.

If the city doesn’t require the developer to fully fund services for the new city residents, McNamara said, the city will be forced to cut services to existing residents.

“That’s the harsh reality we live in. There is no free lunch,” he said.

About 50 groups and individuals submitted comments on the project to the city clerk’s office, roughly divided between supporters and opponents.

“Grand Avenue and the surrounding historic district are unique and make Escondido an attractive area to renters and homeowners,” wrote Erin M. Peet, who opposed the project. “Let’s capitalize on what makes us special and design something fantastic to go in this space, not a huge row of faceless apartments and condos with only two storefronts.”

“I have lived in Escondido for the majority of my life, and I want to see it thrive. I have always loved going downtown, but there is no denying that it is dated and often empty and under-utilized. The Palomar Heights complex will add housing which I believe will add a steady flow of nearby residents walking downtown to walk their dogs, get their morning coffees, and renew the spirit of downtown Escondido,” wrote supporter Chris Thien.

“The Palomar Heights project will provide a much-needed infusion of residents (within) walking and biking distance from Grand to help support and revitalize the City’s Downtown shops and restaurants. I’m excited that the added residential population will really help the Downtown area flourish!” wrote Greg Mills.