Half of Home Buyers are Millennial’s 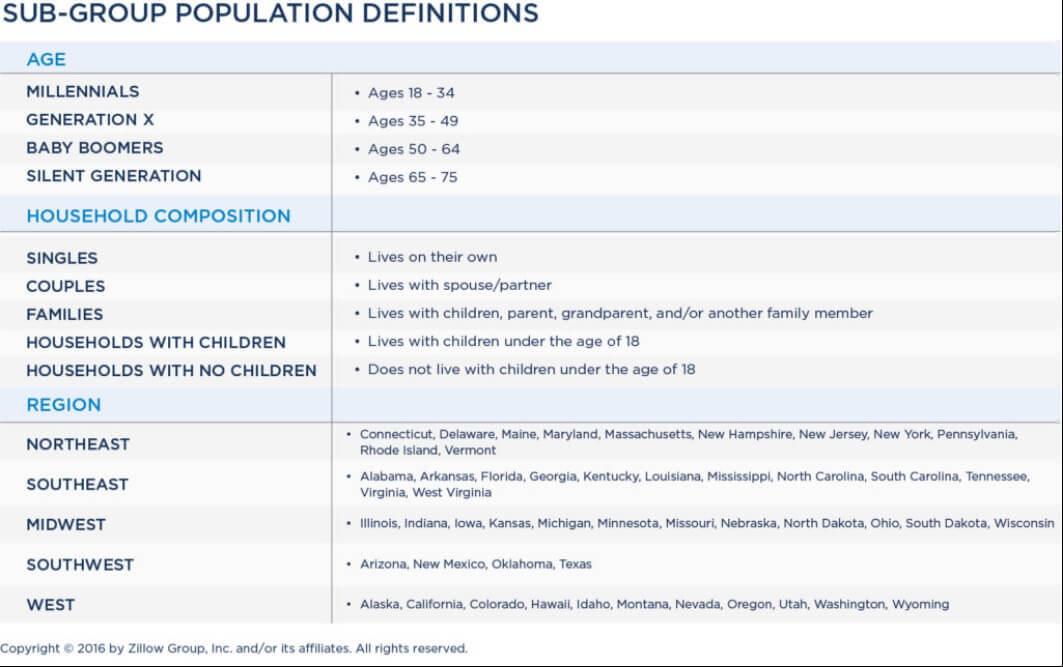 According to a new Zillow study, about one half of home buyers in North America are under the age of 36.

“The Millennial generation is driving more of the housing market than we previously understood,” said Zillow Group’s chief economist, Stan Humphries, in the study’s forward.

The 200-page report surveyed more than 13,000 residents across the United States between the ages of 18 and 75. The average settled homeowner is white, a Baby Boomer and has a college degree.

Importance of home and community
Unlike older generations, Millennials under 25 are the most likely to see their home as a reflection of themselves rather than a financial investment. Millennials are also the generation that is most community-minded, with more than half (55 percent) characterizing themselves as involved in their neighborhood and other local surroundings.

Millennials, affluent or otherwise, are delaying many life milestones that precede homeownership, such as completing their education, getting married or starting families, and thus are renting deeper into adulthood. Two-thirds of Millennial buyers (66 percent) concurrently consider renting while shopping for a new home, with one in three Millennials seriously considering it (34 percent).

When Millennials do become homeowners, they leapfrog the traditional “starter home” and jump into the higher end of the market by choosing larger properties with higher prices, similar to homes bought by older buyers. They pay a median price of $217,000 for a home—more than Baby Boomers, and just 11 percent less than Generation X. The Millennial median home size is 1,800 square feet, similar in size to what older generations buy.

More than half of all Millennial buyers (54 percent) purchase a home within a community that has shared amenities—a feature found in newer neighborhoods as well as larger condo complexes or buildings.